…At Casa Santo Nome di Gesù, Blessed Assunta Pallotta carried out modest and humble tasks…
She was always ready and smiling, with her unique slogan “do everything for the love of God!”

On 7th April 1905, a young FMM, called Maria Assunta, died a victim of typhus. She was 27 years old and was a missionary in China for just less than a year. Her sisters surrounded her praying, when suddenly they felt a perfume of violets.

Marie Assunta had lived a life like so many others. Nothing special, nothing extraordinary. But what she lived, she lived it in depth!

Born on 20th August 1878 in the region of the Marches in Italy, in Force, a small village perched on top of a hill, Maria Assunta shared the simple, poor life of hard labour of her milieu and her family.

One day she heard this call : “Come and follow me”. The family bonds were strong. Her parents were opposed; her departure was not easy. She knew that the call of God was demanding. And confident, at the age of 20, she left all, left her native village behind and became a Franciscan Missionary of Mary.

She began a new life – which seemed difficult in the beginning – but she let God work in her, like a child marvelling to see her life transformed by grace. 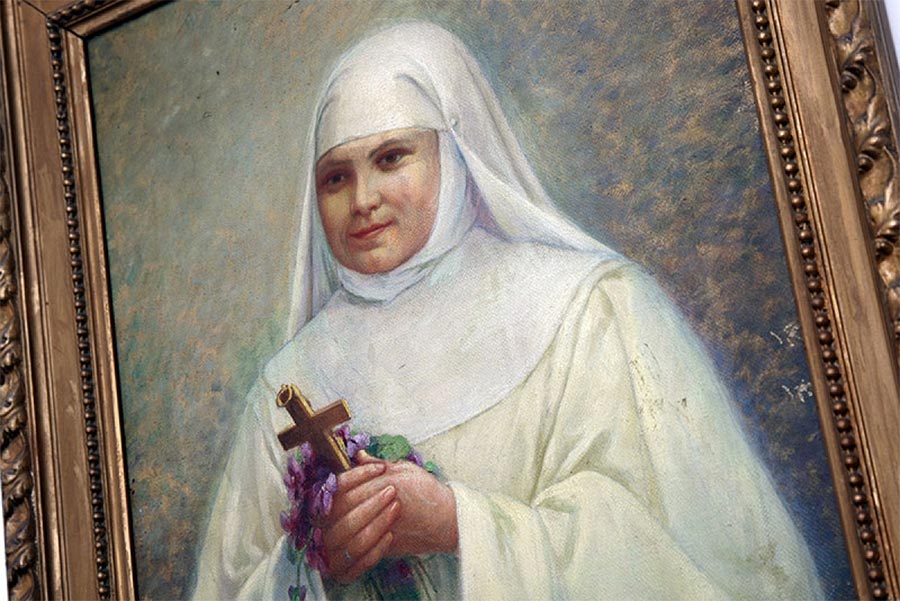 Any cookies that may not be particularly necessary for the website to function and is used specifically to collect user personal data via analytics, ads, other embedded contents are termed as non-necessary cookies. It is mandatory to procure user consent prior to running these cookies on your website.

SAVE & ACCEPT
Scroll to Top